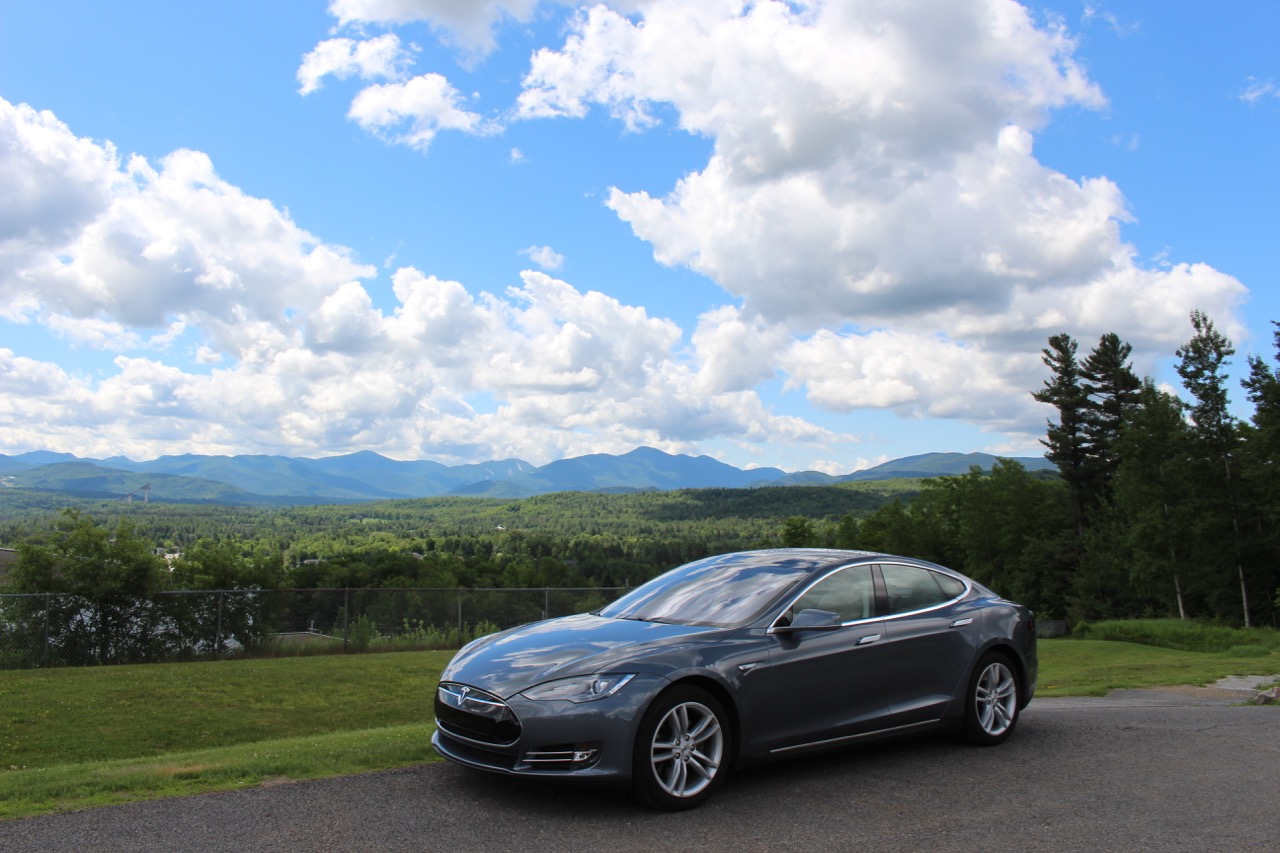 I recently took a road trip in my Model S to the Lake Placid, NY area which is home of the Adirondack Mountains and I wanted to share some of the experience.

Like any first time road trip in the Model S you need to make sure you have a plan for charging on the trip. Most of your trip will usually be covered by SuperChargers, but often the last leg of the journey can be a challenge if it’s in a more remote area.

In this case I used the Albany, NY SuperCharger along the way but charging at the destination was going to be more of a challenge. While Tesla has been spreading around their HPWC’s to many destinations, there were none in the Lake Placid, NY area. I hopped over to PlugShare and at the time there were only two charging options in the area.

Note: Since I visited it looks like the Best Western Adirondack Inn added a Tesla HPWC.

The first was at a Price Chopper grocery store which had public (and free) J1772 chargers. These aren’t that fast for the Model S and the store has set rules of no more than 2 hours use and no overnight parking. The location was also not close to the hotel we were staying so these became my backup plan. 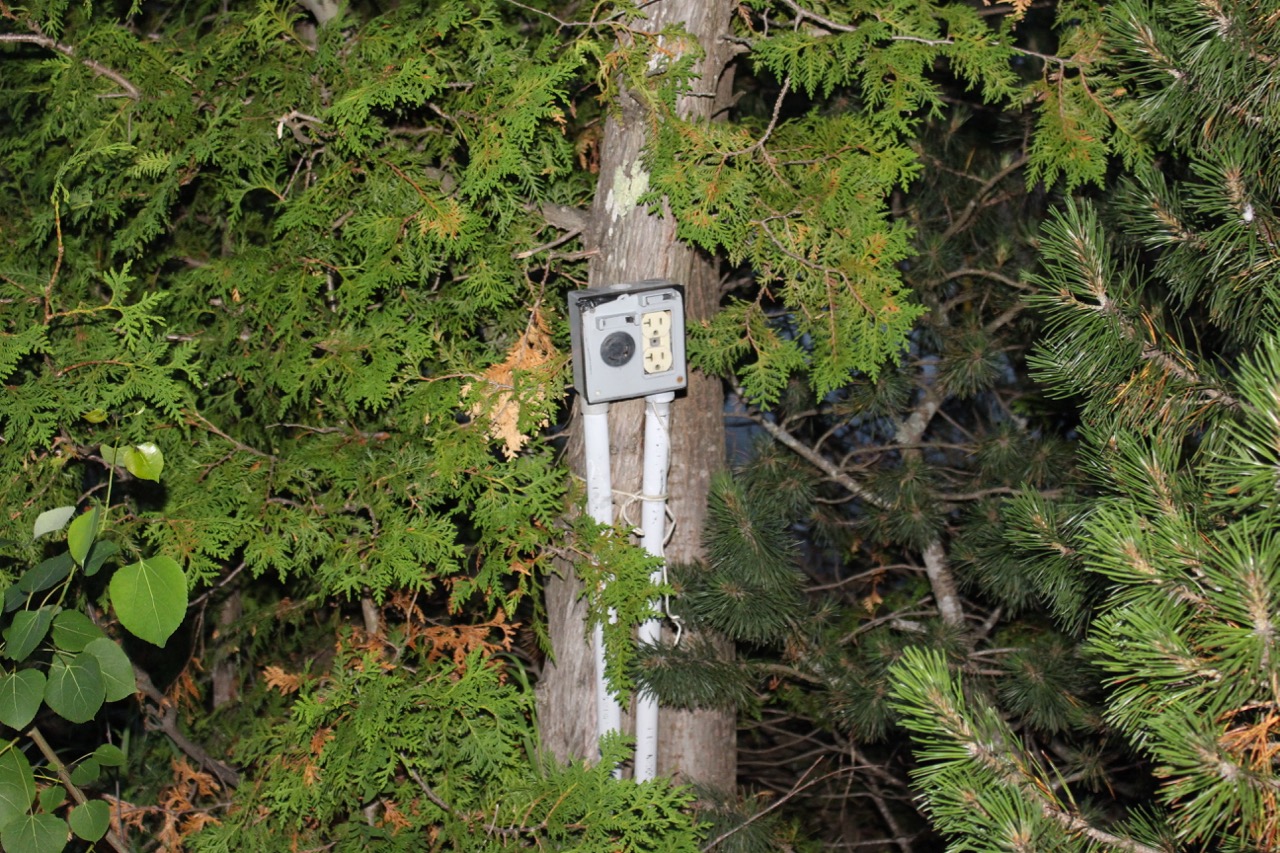 The second option I found was an odd entry on PlugShare that showed a box with a couple standard outlets and a NEMA L6-30A outlet. The entry had only two comments. The first comment one from a someone who only observed the outlet but didn’t use it and the other was from a Model S owner from a month back that had used it successfully with only the standard NEMA 5-15 plug. The NEMA 5-15 charges the Model S really slowly so that was also a fallback plan. If the NEMA L6-30 worked that was the way to go.

Tesla doesn’t provide or sell a NEMA L6-30 adapter but I found one on Amazon and got it in time for the trip. On arriving, it took sometime driving around to find this odd set of outlets literally on a tree in a back lot of the Crowne Plaza Lake Placid Hotel. The plug did indeed work and I got plugged in and charging:

With a real parking spot, and no obvious rules or limits and with the outlet at my hotel I now had plenty of charge to do whatever I wanted in the area and there were a lot of things to do and see for sure.

As a good EV citizen, I added more pictures and information to PlugShare to help the next EV visitor find their way. The experience really pointed out the need for destination charging and the need for finding these usual options.

During the trip I had a number of Tesla Moments, and one was with a maintenance man at the hotel that has been there for over 20 years. After the usual “No they don’t actually catch on fire” conversation (when will that ever end??), I found out that they put the outlet in originally for engine block heating in the winter but according to him EV owners are more than welcome to use it as needed. He said if you’re paying for the rooms you’re more than paying for the electric too…

Over at TMC there’s a group of owners that get together and drive their Telsas up Mount Washington in NH that i’ve been watching. The timing has never worked for me to join in on the fun but it’s something that sounds like fun. In the Adirondacks one of the larger mountains is Whiteface Mountain with a peak of 4,865 feet. There’s an access road that lets you drive up to 4,610 feet then you’re on your own to climb the rest. 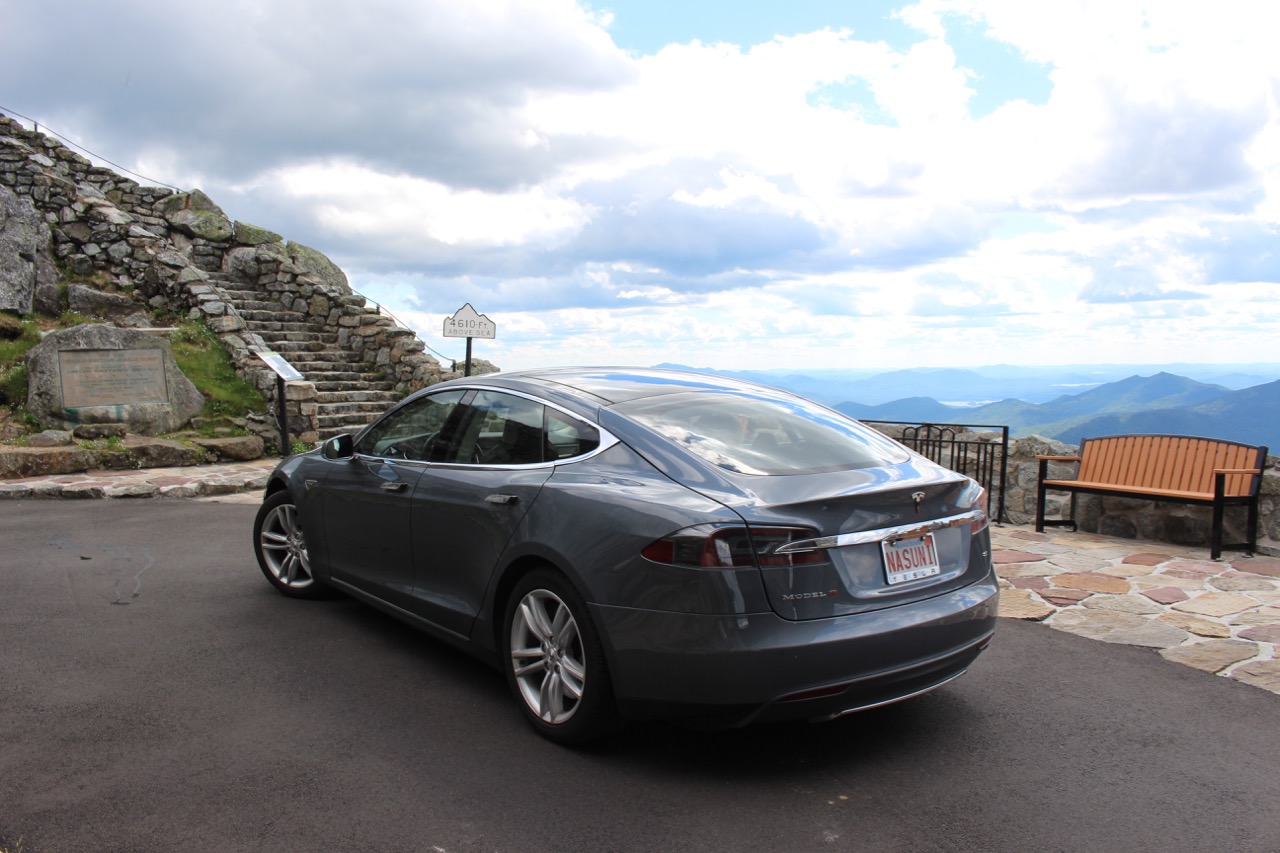 Having never driven up a large mountain in the Model S before, my range anxiety flared up for the first time in a long time. Could I drive up the mountain without running out? In the hotel room I plugged in the route on EVTripPlanner and it said I could make it as long as I had about 15% range available for the climb. Once in my Model S I got a similar report from the NAV system which is very accurate, just not useful unless you’re sitting in the car. 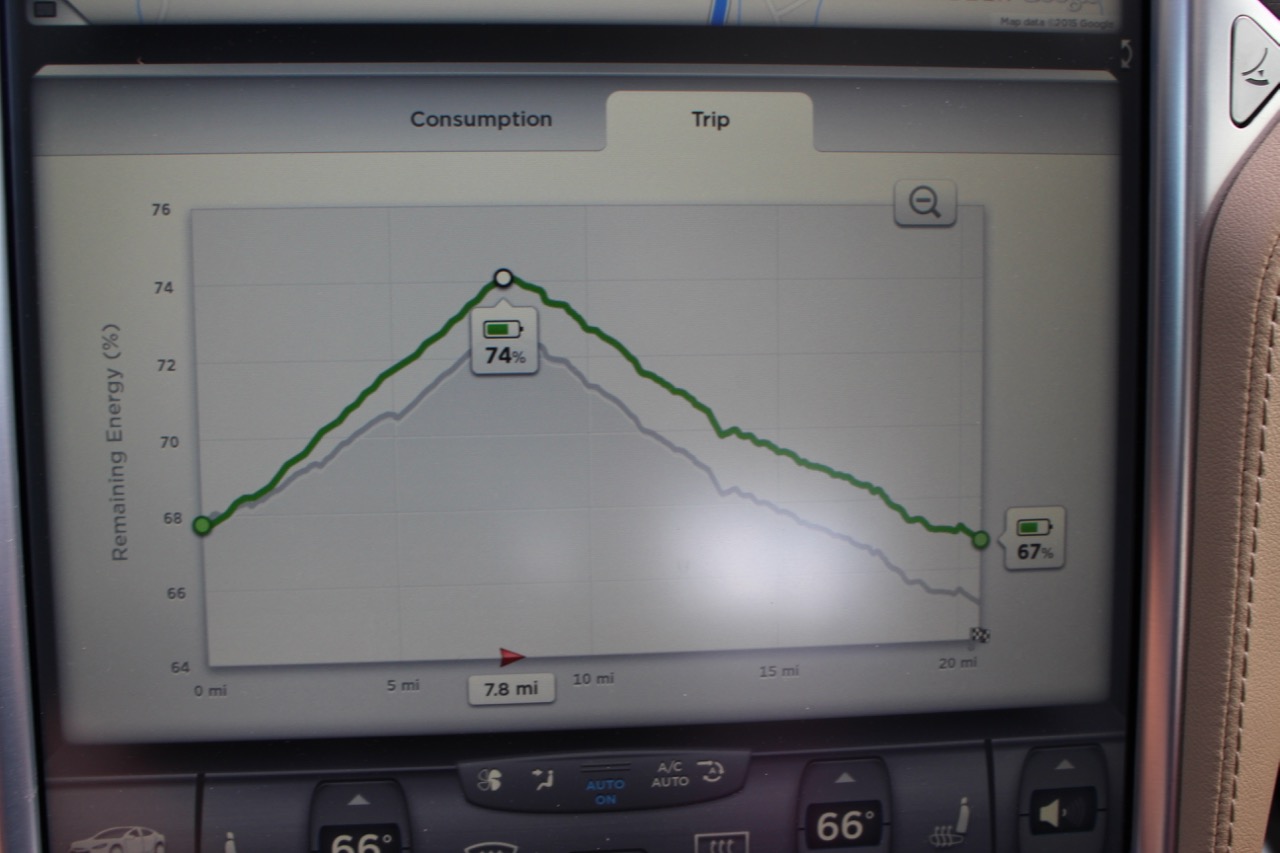 The drive up and down the mountain was beautiful and made even more fun in the Model S. I never touched my brakes the whole way down and we glided down the amazing mountain. I caught some of the experience with my DashCam:

While charging needed some planning and it would have been easier to just take one of our ICE cars, it the trip was more fun with the Model S. The charging, and unknowns of mountain climbing, etc all added to the adventure.

We don’t get to go on a lot of destination trips like this and we resolved to do more of these kinds of trips in the future — in the Tesla Model S of course!

6 thoughts on “Climbing mountains with the Model S”